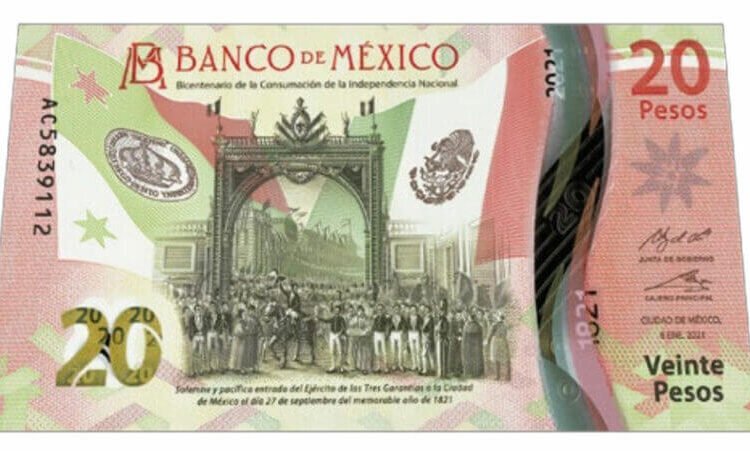 In commemoration of Mexico’s Declaration of Independence, the Central Bank (Banxico) has released a new 20 peso bill, recalling the moment when the rebel army entered Mexico City 200 years ago on September 27. The next day, Mexico was declared independent from Spain. The new bill is adorned with birds, the rebel army and a crocodile. The reverse side shows the country’s natural wealth with an image of the Sian Ka’an Biosphere Reserve in Quintana Roo, a UNESCO Natural World Heritage Site. It features a crocodile and a garza chocolatera, a type of crane also known as roseate spoonbill. You should have one of these new bills in your hands very soon.