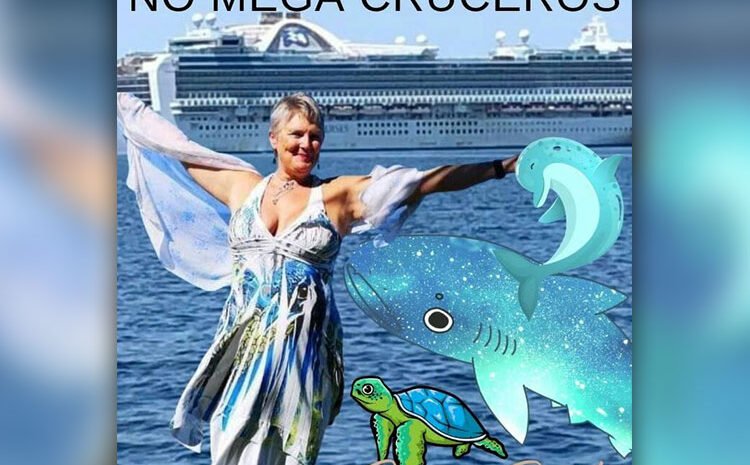 Renate Herberger, known as “The Deep Cove Mermaid” for her long-distance open oceans swims around the world to raise awareness for marine conservation, swam 13 miles to get around the four cruise ships stationed in La Paz as a protest for their allegedly polluting the environment. She reportedly didn’t find the usual high number of marine life around the ships. Activists that followed her took samples of ocean water to find out if it contains pollutants. Herberger has swam nearly 6,000 miles in spots around the world and visits La Paz regularly.