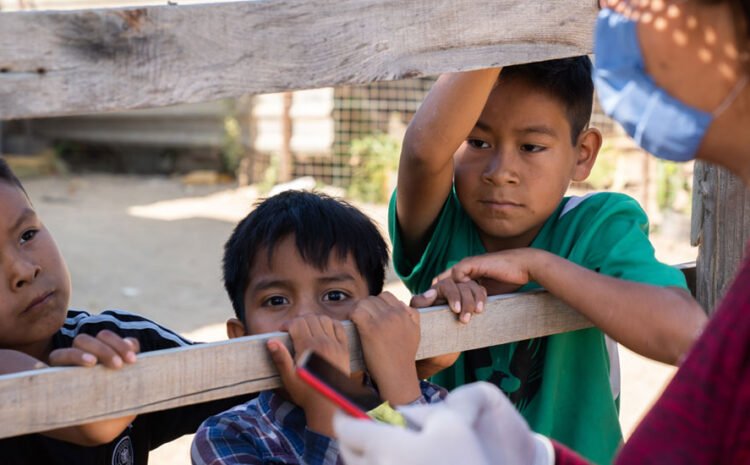 And new direction after one year of work

A year ago, the state of Baja California Sur closed its doors to tourism, the main source of income in the state in an effort to control the number of COVID-19 infections. This decision, necessary at the time, generated a situation that affected the economy of thousands of families, who saw their income disappear overnight. The reality of the enormous need faced by the most vulnerable members of a society caught the attention of a group of citizens, all of them involved in altruistic activities within their communities in BCS. They came together to organize an effort to alleviate the impact that the pandemic and the closure of economic activities in BCS had on highly vulnerable sectors of society.

This is how, a year ago, the Community Alliance of Baja California Sur (BCSCA), known as “The Alliance,” was formed. The Alliance focused first on taking food aid to those who needed it most during the state of emergency. At the same time, work began to deliver medical equipment, supplies and PPE that were needed for the safety and proper performance of health institutions and first-line personnel. The initial effort brought together eight associations that worked in a coordinated manner to form what is now a coalition of more than 191 organizations. Nearly 1,000 volunteers dedicated almost 55,000 hours to their altruistic efforts working hand-in-hand with the armed forces of the BCS safety board to bring food to more than 97,000 families throughout the state of BCS.

An effort that was originally believed to take three months extended to six months of daily work to successfully distribute 216,000 food boxes. The Alliance also worked to support the health sector, and through this effort, delivered $760,000 in medical equipment and supplies. These $760,000 represented almost half a million supplies, materials and equipment delivered in support of 33 institutions, which were distributed from April through October of last year. In the last six months, the aid to the health sector has continued through the delivery of supplies for 17,000 PCR tests applied by the public health sector. During the last months, the BCSCA has continued its support to the health sector by committing to help fund the Red Cross of La Paz, Comondú and Loreto for six months as they were unable to implement their fundraising campaign due to the pandemic.

“The Red Cross will be able to continue saving lives because the Alliance made it possible to keep our doors open,” said Isidro Gómez, State Delegate of the Mexican Red Cross in BCS.

The coordinated work of the organized society, the business sector and the state and municipal authorities made it possible to reach close to 50 percent of the population of BCS at a time when food aid was essential. The members of the BCSCA council reiterated their deep appreciation for the commitment, solidarity and dedication of the members of the BCS Safety Board, the Secretariat of National Defense, the Secretariat of the Navy, the National Guard and the State Police, who worked tirelessly, together with the volunteers, to conduct the massive distribution of food boxes in an environment of peace and safety.

Throughout the relief effort, bio-safety protocols were taught to and implemented by both volunteers and collaborators, members of the armed forces and beneficiaries. This means that everyone involved in field activities was trained for the correct implementation of protocols in emergency situations. This is important because the Alliance remains active and ready to respond immediately to provide food and health aid to alleviate the needs that may arise in case of emergency, as is the case with tropical storms and hurricanes.

An important achievement of the past 12 months is the collection and analysis of geostatistical information. This was a strategic element to be able to bring food aid to the vulnerable areas of Baja California Sur since the exact place of delivery of each of the more than 200,000 food boxes was recorded.

The work carried out by the BCSCA allowed the creation of a database that has defined areas of at-risk populations that were not previously registered. This information constitutes an important asset created by the BCSCA for decision-making in emergency situations, allowing aid to arrive as soon as possible to the areas that need it the most in the event of an emergency. The Alliance has made this information available to INEGI, Mexico’s National Institute of Statistics and Geograph. This information is now online for public consultation at http://sig.bcs.gob.mx/iclusterbcs/. This data will also help update the register of vulnerable areas throughout the state of BCS.

The Alliance’s commitment to providing food aid to the people who need it most continues in force. In this sense, the BCSCA is investing in the development of the Alliance for Food Security of BCS (ASA – www.asalimentaria.org) that from October 2020 to January 2021 delivered 178 tons of food to 72 Food Collaboration Groups in La Paz and Los Cabos. These groups cooked and distributed a total of 230,692 meals that fed 11,184 people. In 2021, ASA will continue working to establish the first Food Bank in BCS and aims to collaborate with the organized members of our society, the private sector and government authorities to transform the state’s food system.

The Baja California Sur Community Alliance (BCSCA) is a coalition of 191 civil society organizations and the business sector with people of BCS. The Alliance (BCSCA) is a citizens’ initiative without any affiliation to political parties, which has addressed the needs of equipment and resources for health institutions and the food crisis caused by the presence of COVID-19 and the closure of economic activities in BCS. The Alliance (BCSCA) continues working to respond immediately in case of a weather, economic or health emergency and to contribute, as much as possible, to maintain a healthy social fabric among the vulnerable sectors of Baja California Sur.