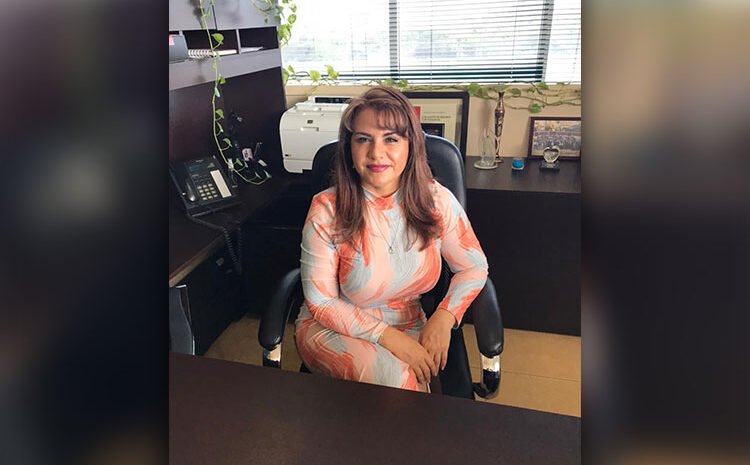 Arandi Torres was born and raised in Mexico City and arrived in tiny Cabo San Lucas after traveling around Mexico during her 20’s.

“I love the ocean,” she said, and immediately settled into Cabo, while working as a sailor and member of a charter tourism yacht and boat crew.

“I worked in the kitchen, washed the boat, along with my co-workers, and it was a lot of fun,” she said.

“I was then invited to work in the U.S. by one of the customers I met on the yacht. I drove to Tijuana where I applied for and was denied a visa. It was during the drive back from the border to Cabo, where I was involved in a terrible accident, in which my car rolled over several times away from the highway and I was rescued and helped by a big rig trailer truck driver.

“When I finally made it back to Cabo, I arrived with no money, no car and no house,” she added.

A friend opened her home and allowed her to stay there until she got back on her feet.

“So from there, I started working in a hotel as a waitress, and then I met a North American girl who was very intelligent and liked the way I worked. My career was as a systems engineer, and I knew about computers, technology, and she hired me as her assistant, and together we built the biggest insurance broker in the state.

“In the first few years, we grew the business very fast providing translations, and as the years went by, I became a manager and then her business partner. Then in 2008, she wanted to go back to the States, and as the city was growing, the insurance business was booming, and I was extremely busy handling claims and helping run the business,” she said.

“And then a group of men and women from Mexico City came to Cabo and offered to help me buy out my partners’ shares in the business and made me a very, very nice offer, and they asked me later to become one of their partners even though they were not actually involved here personally in Cabo. And I have since sold insurance through my Cabo Insurance (International Insurance Services) all over Mexico and other countries, which led to my opening other businesses, like La Catrina Cantina, a small and successful restaurant in Todos Santos, and I have represented a new ‘Flash Mobile’ mobile phone company here in Cabo.”

And it has been all this whirlwind business success in Cabo for the hard-working Arandi that led her to produce a video program she branded ”Futureando” as a space where you may find what you need to have that Future that you have always wanted.

The show features small business owners that have started from very humble beginnings. What makes the show unique is that she doesn’t charge guests a fee for promoting or featuring their business. Some producers of similar shows charge an exorbitant amount of money to have guests and their businesses featured on their programs.

In November 2020, Futureando made its debut with a charming story about Minisúper Maribel that told the story of José and his wife, Maxi, who arrived in 2007 from a small city in Puebla.

“Starting from scratch, the Mini Super Maribel is an example of tenacity in the face of adverse circumstances. Congratulations on their achievements,” said Antonio Vargas, who himself provides locals with fun entertainment as an acting coach and theater director.

“It’s an excellent life story, that reflects the experiences of many people who have come to this promised land, with their own distinctive projects and dreams. They are part of the transformation of this tourist destination, the story of those who do not live in the golden zone, but have made Los Cabos shine,” said Sandra Astorga.

The vignette showcased the couple’s purchase of the lot, the timeline compressed video construction of their small neighborhood mom and pop store and the adorable ribbon-cutting ceremony during their grand opening.

In December 2020, the Futureando spotlight was about “Lonchería La Cazuelita” with owners Maribel and José Miguel striving to fulfill their dreams with their small diner restaurant. Another Futureando show featured Esteban Domínguez, who owns and operates the very popular Esteban’s Karaoke Restaurant on Cabo San Lucas’ main drag next to the new Fairfield Marriott Hotel and City Club. The thriving restaurant had humble origins when Esteban once sold seafood dishes from his house. He is now a community leader who gives back to the local populace with food drives, donations of winter clothes, and much-needed groceries during crises like Hurricane Odile, Tropical Storm Lidia and most recently the Coronavirus pandemic.

And it’s nice, it really is, to see wonderful people not only giving back to the city they love, but also striving to make this tourist destination a better place to live for the locals that work at the many resort hotels, restaurants, and other small businesses. It all helps to keep the wheels in this town move forward towards a better Los Cabos tomorrow.