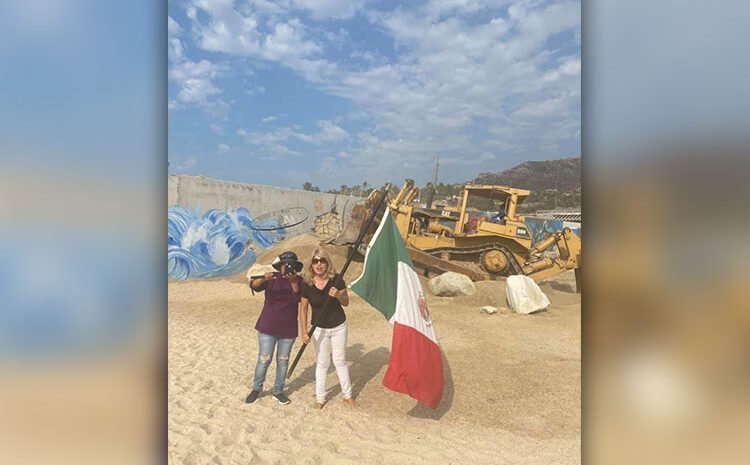 The Los Cabos government began demolishing the Costa Azul arroyo wall that was built illegally in a federal zone, which is a no no. The construction of this retaining wall was suspended several times by local and federal government agencies, but the builders, SBJG Properties continued working on it, even at night. The government issued them an ultimatum to demolish it by May 10 or face a fine. They didn’t bring it down, so the government did. Local activists Hermelinda Vargas and Blanca Pedrin (seen in this pic) were behind a massive protest staged by concerned citizens to reach this point.