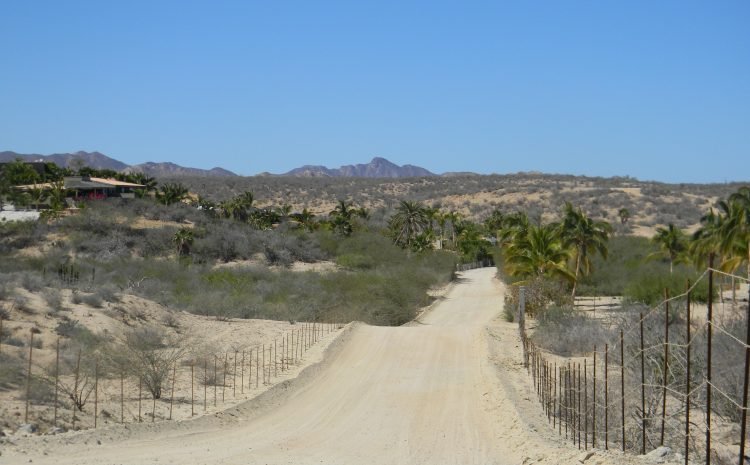 Whether it’s because of the unspoiled beaches, spectacular sunrises or ring-side-seat views of the whale migration, most East Cape homeowners agree their off-the-grid lifestyle is special. Even so, there’s one aspect about living along that playa that can vex even the most laid-back of residents, especially after a trip to town. It’s not the distance or the time it takes to make the trip but the ROAD itself. Many front-ends, shock absorbers and worn tires can blame their short lives on the unpaved “washboard” roadbed (aka the Coast Road) from where the dirt begins at the end of the pavement in the south to Los Frailes and beyond in the north. It’s the current (and ongoing) condition of the Coast Road from the end of the pavement to Los Frailes that has caused many along its some twenty-five-mile stretch to establish the “Coast Road Improvement Project” headed by Wendell Williams, homeowner, with the help of Paul Clark, realtor and others who are tired of the deplorable road conditions that prevail most of the year. Heavier traffic along the route as well as dune buggy type vehicles gouging out the roadbed have contributed to its nearly undrivable condition.
The project is currently seeking supporters and identifying funding options so that scraping can occur on a monthly basis rather than haphazardly as it is now. Contact Wendell Williams at [email protected] for information.