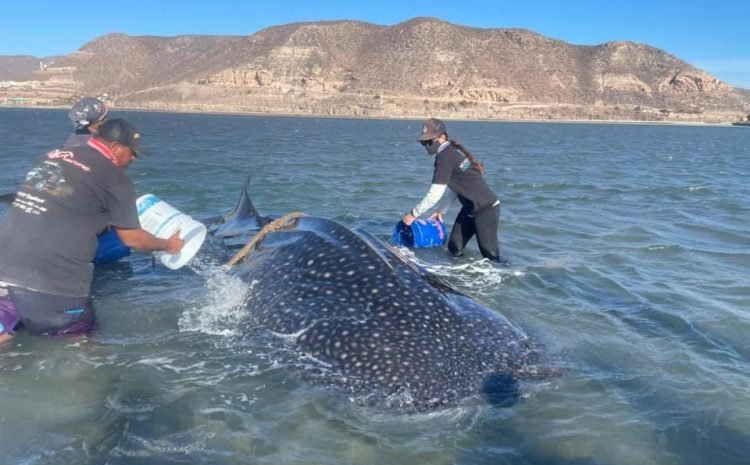 A 16-foot long whale shark that got stuck at the popular Coromuel beach in La Paz was rescued by members of the Whale Museum, Cucos Tours, Diana Cristina Tours, Tesoro Tours, local researchers from ‘Whale Shark Mexico’ and ‘MMAPE’ and our government authority Profepa, the watchdog for the Environmental Protection ministry. While some were placing a rope around her, others kept pouring water over her body to prevent dehydration and skin damage. After 2 hours of efforts, they managed to pull her into higher seas and she swam away happily. Whale sharks are around La Paz most of the year. The whale shark is a slow-moving, filter-feeding carpet shark and the largest known extant fish species. The largest confirmed individual had a length of 18.8 meters, or about 62 feet.