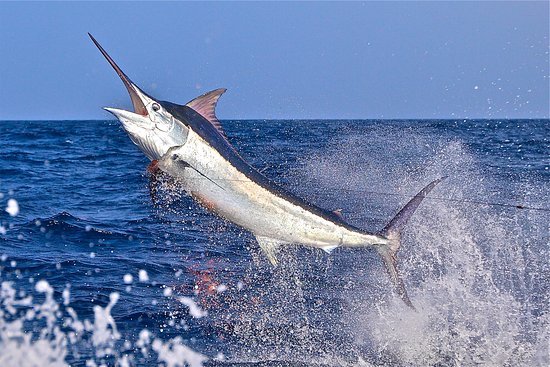 How Safe is Southern Baja? Very Much. A recent report by the National Safety Secretariat revealed that La Paz is the second safest city in the country, only surpassed by Merida, in the Yucatan Peninsula. Los Cabos took the fourth safest spot. The days of organized crime killings in 2017 have been left behind.

The Bisbee’s Back & Blue Breaks Two Records! The most awaited, richest fishing tournament in the world reached an unprecedented, record-breaking, staggering $4.6 Million Dollar Jackpot! Unfortunately, it also broke a different record. There were NO winners! Yup, on the first day of the tourney two marlins made it to the weighing scale but didn’t reach the minimum weight of 300 lbs to qualify. On the second and third days of fishing, there were also no qualifying marlins. Bummer! The monies paid will either be returned or kept as sign-up fees & jackpots for next year. It is up to the anglers. See ya in 2021!

They Keep Getting Younger! The Los Cabos hotel association is reporting that the average age of our tourists is now between 30 and 40 years, a major drop from previous years. They are wealthier too and are staying in the most luxurious resorts. Currently, hotel occupancy is about 50 percent, but it is expected to rise to 70 percent by November.

Another Cabo Hotel Prepares to Open. The popular, adult-oriented ME Cabo by the Spain-based Meliá Hotels chain, is getting ready to open on December 1. The resort, located on Medano beach, will reopen under the “Stay Safe with Melia” program, which Melia Hotels International debuted in May. The company has partnered with Bureau Veritas, an industry leader in inspection, certification, and testing, to ensure the Melia Hotels International system is achieving the highest standards in the management of preventative measures to combat COVID-19 in the 390 hotels it operates worldwide.

Organic Markets Return! The one at the Pedregal, on Del Colegio street, is back open from 8 a.m. to 1 p.m. every Saturday in Cabo San Lucas with fresh produce from Todos Santos and Pescadero, artisan breads, jams and more. In San Jose, the Palmilla Organic Market returns Friday, November 6 from 9 a.m. to 1 p.m. At The Palmilla Shoppes, every Friday, families and friends are invited to enjoy the fresh outdoors while shopping for locally-sourced produce, organic products and crafts by local vendors and Cabo artisans. See you there!

Nuclear Power May Come to Baja. Mexico’s secretary of energy, Rocio Nahle, told the Senate that her agency is looking into the possibility of bringing nuclear power to the Baja Peninsula to produce electricity and desalination of ocean water. Both utilities are of utmost importance as most of the peninsula is powered by plants using diesel that produces large levels of pollution and drinking water is scarce. Nahle did not indicate where the nuclear plant would be deployed but suggested it would cost around $7 billion USD to build. Mexico only has one nuclear plant in Laguna Verde, in the state of Veracruz in the Gulf of Mexico. Stay tuned.

La Paz Boardwalk Hours Restricted Again. Due to an increase in COVID-19 cases and the large number of people that have returned to walk, run, bicycle or just sit down to chat along the beautiful La Paz Malecon, the city government has decided to reduce the hours of visiting. It will be open only from 5 a.m. to 6 p.m. from Thursday to Sunday starting this weekend, while Monday to Wednesday it will remain closed. The use of face masks will be enforced, as lately many people have been seen not wearing one. In related news, a large wedding held at the Costa Baja resort last weekend was crashed by the police. Everyone got sent home – even though some attendants put up a fight – and the hotel was fined nearly 16 grand for allowing the party to take place. The father of the groom was, at the time, the state’s secretary of education. He resigned from his position a couple of days later.