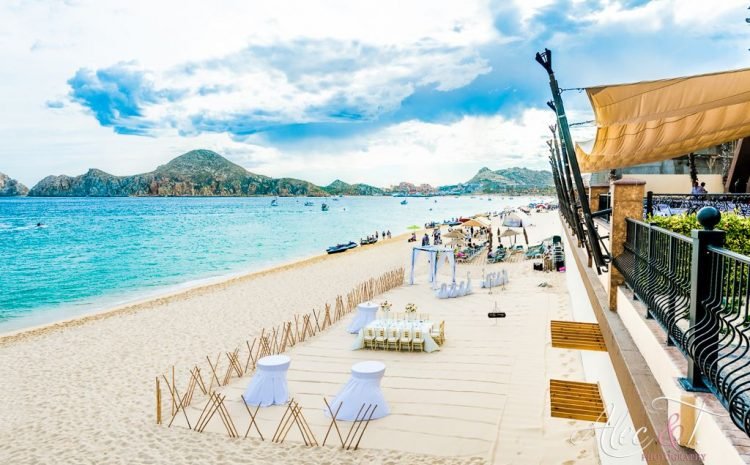 Planet Hollywood Returns to Cabo! Not the night club and T-shirts store, but a new hotel. The location and size of the resort have not been disclosed, but construction could start in the first quarter of next year. The resort chain has 45 properties in 10 Caribbean countries with a total of 15,500 rooms, including two resorts in Cancun and Holbox. The group has Family Friendly, Adults Only, City destinations and Boutique-hotels. It is owned by Toronto-based Sunwing Travel Group, owned by TUI and the Colin Hunter family. We might expect they will build a large, impressive resort like their $200 million USD property (photo below) opening in Cancun this December.

Foreigners’ Permits to Build on Restricted Zone Resumed. Just last week we announced that Mexico’s Department of Foreign Relations had temporarily suspended the issuing of permits to foreigners in the “Restricted Zone.” Bending to a surge of complaints and possible property acquisition cancellations, the SRE has now announced that permits for Fideicomisos (Banks Trusts) will continue. However, due to a lengthy update on their computer system, SRE employees will be processing permits manually. Yes, handwritten. Which will take longer than usual, but at least the process will continue. You can now relax, brokers, buyers and sellers!

Second Desal Plant for Cabo Approved. After nine months of being stalled due to an internal political conflict at the State Congress – which finally, a federal judge resolved 2 days ago, the nearly $250,000 USD needed to build a second desalination plant in Cabo San Lucas has been approved. The monies include 60 grand for improvements to the water supply piping system. The desal plant will be built and operated by an external company and will supply 66 gallons of potable water per second to the city.

More Cruise Ships Return to Cabo. The Vidanta and Carnivale have announced their return to Cabo Bay in November and December, respectively, adding more visitors to the previously announced aboard the Norwegian, which announced its return earlier this month. The Vidanta Elegant is a smaller cruise ship with 149 staterooms and suites and is part of the Mexican hotel resort chain – think Vidanta San Jose del Cabo and Vidanta East Cape at Zacatitos.

Another Resort Reopening Soon. This time, it’s the luxurious One & Only Palmilla, located at the entrance to San Jose del Cabo. It will reinstate its workers on October 15 to train them in new health protocols and get the resort ready for opening November 1.

Mexico Leads Tourist Recovery. The Expedia group, a leading brand in travel bookings, reports that Mexico is leading the Latin American countries in recovering from the loss of tourism due to the pandemic. Bookings to Mexican beaches are waaay up from formerly popular destinations like the Dominican Republic, Puerto Rico and the Caribbean.

Concerned Citizens Successfully Fight Hunger. The Southern Baja Alliance (Alianza BCS) that was formed at the beginning of the pandemic to help those who lost their jobs, has delivered over 200,000 “despensas” or food boxes, to thousands of families. The despensas have been donated by non-governmental organizations, the state and city governments and concerned citizens and delivered home by home by Army, Navy, National Guard and state and city cops throughout the 5 municipalities that form our Southern Baja state.

More Fishing Tournaments Around the Corner!Nine days before the Tuna Shoot Out fishing tournament takes place in Los Barriles, East Cape, the Bisbee’s return to Cabo with two tourneys: The Los Cabos Offshore – October 15–18 and the Father of All Tournaments, the Black & Blue – October 20-24. This year, their registration and weigh-ins will take place at the API Cruise Ship Pier and nothing will take place at the Puerto Paraiso Mall. The Bisbee’s traditional Fish & Wildlife Conservation Fund’s fundraiser will be an online silent auction that will benefit the Green Scholarship Program that helps low-income family teens with college scholarship opportunities. Also, it will benefit the Bisbee’s revolutionary new RFID (Radio Frequency Identification) Tagging Program and their Nkwe Tactical Training Academy wildlife anti-poaching program in South Africa.

Celebrities Return to Cabo. This time it’s former supermodel Cindy Crawford with hubby Rande Gerber and daughter and model Kaia Gerber who was accompanied by her boyfriend Jacob Elordi. Crawford and Gerber own a beach house on the fourlane between Cabo and San Jose in partnership with long time actor friend George Clooney. The Gerber/Crawford’s were seen enjoying the pool and dinner at Nobu, co-owned by actor Robert DeNiro.

More Celebs. Taraji P. Henson, the well-known American actress, singer, and author, visited Cabo with a bunch of friends to celebrate her 50th birthday. They took a trip on a local yacht, enjoyed the beach and sat at a large table for the birthday dinner at the Nobu Hotel, co-owned by celebrity chef Nobu Matsuhisa and actor Robert DeNiro. Henson portrayed a single mother of a disabled child in David Fincher’s The Curious Case of Benjamin Button (2008), for which she received an Academy Award, SAG Award and Critics Choice Award. In 2016, Time named Henson one of the 100 most influential people in the world.

American Airlines Adds Flights to Southern Baja. The AA Group announced that it will launch new seasonal service to two Mexican destinations — La Paz and Loreto — from Dallas Fort Worth starting December 19. The airline will also add flights from Phoenix to La Paz (3x weekly from December 19) and to Loreto (4x weekly from December 17 to May 3). American Airlines spokesperson Nichelle Barrett said, “We know that our customers appreciate more access to Mexico, so we’re adding these flights to complement the recent increases for the winter season from DFW to Cancun and Los Cabos.”

New Cruise Ship Dock to be Built. The construction of a new, larger dock for cruise ships in La Paz will begin next year and should be operating at the end of 2021 or early 2022. It will be located in the Pichilingue area, near the Ferry boat terminal. The port administration (API) expects to receive up to 150 cruise ships a year, up from 22 that arrived last year. ,