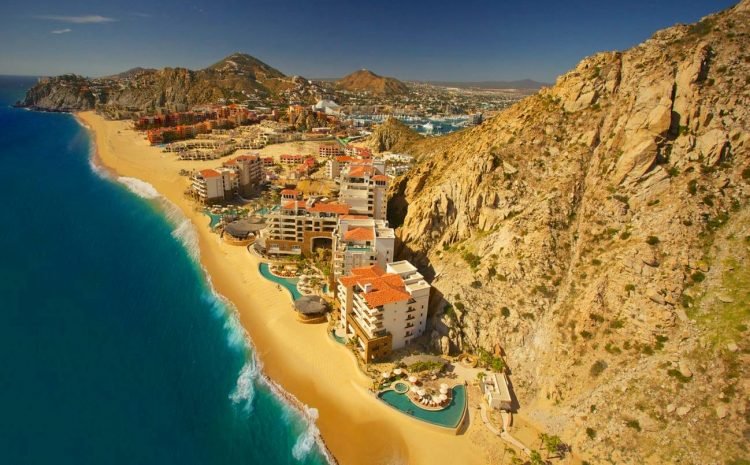 On September 19, Mexico’s Senate voted to levy fines of up to $47,000 USD against hotels, restaurants and/or other property owners who restrict and/or deny access to the country’s beaches.

The bill was unanimously approved. It also requires property owners to allow public access through lots that do not have access roads or a public entry where anyone and everyone can get to the beach.

The bill now goes to the president for his approval. Mexicans have long been angered by private restaurants, clubs and hotels that erect barriers or employ guards to keep locals off “their” stretch of beach. Federal law already states the public cannot be denied access to a space 20 meters inland from the high tide line, but some businesses mark off exclusive areas almost up to the water’s edge.

Businesses that repeatedly break the law could lose their permits to operate on any part of the beach.

The incident that prompted the new bill occurred in February when two Mexican tourists were briefly arrested in the Cancun region resort of Playa del Carmen after refusing to leave a stretch of sand that had been taken over by a local restaurant to set up tables for paying customers. The arrests sparked protests and the local mayor and government officials later apologized.

The private “beach club” had been charging to use lounge chairs placed almost up to the water’s edge, and someone from the so-called beach club called the municipal police after the couple refused to leave what the club called “a service aisle” on the sand. Almost immediately, as is common in this technology-driven-age, video footage of the dispute and subsequent police involvement and arrests was posted on social media. It showed the couple being handcuffed and wrestled off the beach by police as other people objected, noting that the national beach access is protected by law for all of its Mexican citizens.

The somewhat contentious issue between the public and private hotel and restaurant businesses also gained notoriety during the pandemic because, as public beaches were officially closed to its citizens along much of Mexico’s Caribbean and Pacific, Sea of Cortez coastlines, tourists – often foreigners – could still enjoy the sands through resort hotels that have direct beach access.

Labor Party Senator Alejandra del Carmen León praised the new law, proclaiming the practice of granting beach “concessions” to private businesses in the past constituted “an act of classism and discrimination” against local Mexican families.

The Senate unanimously approved the reform to the General Law on National Assets for owners of coastal properties who prevent, restrict, obstruct or place conditions on access to beaches. By law, all beaches in Mexico are public.

Fines can be issued if fences, barriers or buildings prevent entry to a beach or if property owners, hotel security staff or other hotel personnel block access when there is not an alternative public path to the coastline. Repeat offenders could be stripped of their permits that allow them to access the beach from their properties.

“The restriction of access to beaches by owners of properties adjacent to the federal maritime land zone represents an act of discrimination against citizens,” said Mónica Fernández, a senator with the ruling Morena party. Fernández said that some owners of coastal properties treat the beach as if it were their own private land when in fact, the beaches belong to the nation.

Antonio García, a senator with the Democratic Revolution Party and president of the upper house’s tourism committee, said the reform will help to put an end to the discriminatory practices of some property owners.

“We are guaranteeing the right to recreation and also strengthening the tourism industry,” García added. “The tourism industry is the sector that has been hit the hardest by the pandemic. More than 10,000 small businesses have closed due to a lack of economic activity.”

Hotel owners in every tourism hot spot like Cancun, Vallarta, Acapulco and Cabo have previously been warned by the government that their properties could be closed and demolished if they don’t comply with orders to grant access to public beaches. As soon as President Andres Manuel Lopez Obrador signs it into law, every hotel resort and restaurant cantina business operator better be careful how they deal with anyone trying to access the beach.

The director of the federal office of maritime law zones said last December, 2019, that one hotel project in Cancún, Quintana Roo, was demolished because it would have blocked public access to the beach. More than 1,000 people gathered outside the beach club in Playa del Carmen to protest the infringement of citizens’ access to the country’s beaches. And this public access to beaches is why vendors, always dressed in national industry standard white shirt and white pants, can swarm the area and sell their blankets, trinkets, t-shirts and more.

In a random Gringo Gazette phone survey, Mayda at Grand Solmar said “Our security will not let anyone onto our private property who is not a guest in order to reach the beach. The Pacific Ocean is not swimmable, and anyone wanting to get to the beach has to find another way other than through our resort.”

Laydi, at Playa Grande answered and said, “For their own safety we don’t recommend our guests use the beach. Our security guards will not allow anyone access to the beach through our private property.”

The Sandos Finisterra front desk and concierge personnel refused to address the question and used the generations old, give someone the runaround, transfer of calls that led nowhere.

At Pueblo Bonito Sunset Beach, Enrique also said that no one is allowed to access the beach through their property.

“If they are not guests or visiting guests, they would have to try accessing the beach further north by Diamante Hotels golf course several miles away,” he suggested.

There is no entrance to the beach through their resort hotel, which in and of itself would be quite the walk from their entrance – possibly a mile and a half walk, if someone actually wanted to stroll that distance in the heat and test the new bill against this particular resort.

At Zadun in San Jose del Cabo, Mayra echoed the same defiant response, and said, “There is no and will not be any public access to the beach through our private property.”

And so, while the USA and Canada have their own very similar beach access laws, the updated Mexican bill states very loud and clear that Mexico takes theirs very seriously and have said in legally binding, concrete terms that there will be consequences if anyone is denied their rightful access to any beach, anywhere, south of the border.