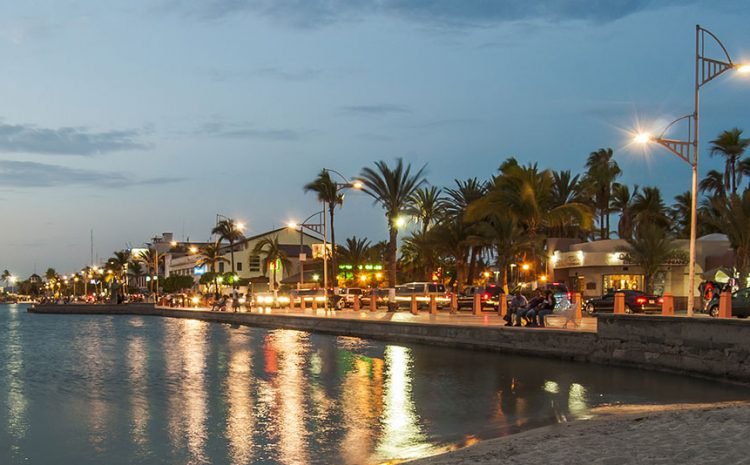 La Paz is emerging from its semi or self-imposed isolation … finally. Yay! After several months of closures, semi-closures, and partial re-openings of businesses and public spaces, the beautifully rebuilt malecon, or scenic bay walk, has been re-opened, and the capital city is breathing new life in the streets. The re-opening is not 100 percent yet, but Paceños (La Paz residents), mostly national tourists, and friends are happily coming out to take a stroll, jog, skate, ride a bike or catch a sunset, and small businesses (those that survived the initial COVID-19 economic damage) are beginning to see and feel that things are picking up.

Still, this could all change quickly, depending on how officials and residents manage the pandemic. But for now, the open sign is in the window and people are hopeful the economy will strengthen, poco a poco, in the months ahead.

And there’s more good news. The beaches around La Paz officially re-opened on September 4, although initially with reduced hours and capacity limits.

With mucho calor during the summer, and the urge to beat the heat with a refreshing dip, locals — especially families — are excited about being able to return to their beloved beaches. Tourists are happy, too. Balandra beach, a favorite of locals, saw long lines form on the first-day visitors were allowed in. It reached maximum permitted capacity within 30 minutes, much to the chagrin of many eager beachgoers as they were turned away. The early birds, who usually get the worms, were able to plunge into Balandra’s clear, turquoise, tranquil and reinvigorating waters and celebrate.

For visitors not insistent on going to the beaches, there are plenty of other options to cool down. Many good lodging rentals with pools and great deals are available at hotels, b and b´s (including Airbnb), condos or large homes.

Tourists can also take boat rides and sightseeing trips with tour operators who often assemble and promote their trips in front of the now-closed Burger King. I chatted with Hector, a friendly tour operator, who said he and competitor friends have been hard hit by the COVID crash, but are eager to resume activities and take your party for a spin, or a fun trip to see the fascinating whale sharks that are also visiting La Paz.

One of their breeding grounds (a protected habitat) is close to El Mogote, the narrow peninsula to the west where private homes can be rented or a round of golf played at Paraíso Del Mar Resort. Short boat rides depart from the Vista Coral docks every hour.

West of El Mogote, you may see whale sharks or playful dolphins nearby if you’re out n’ about or out on a boat, as the Canadians say. Swimming with the sea lions is always a blast, too, and visiting the magnificent Espiritu Santo island, with its pristine beaches and crystalline waters can be an unforgettable experience. Its beaches have been described in travel magazines as some of the most beautiful in the world. La Paz has another very fine golf course as well at the Costa Baja Resort.

Visitors who choose to take a pleasant walk on the malecon, with its marvelous sculptures, can also duck into a shady or cool café, or one of the many restaurants in the area.

They can enjoy huevos rancheros or French toast, an Italian coffee, a bagel or a biscotto, with eggs sunnyside up, or perhaps a cup of fine herbal tea and an English muffin to start the morning. Or how about a tasty fish taco with shredded cabbage and a diabolical hot sauce washed down with an icy limonada or agua natural? Caramba! The choices are attractive and the offerings include good lunch and dinner options as well as fresh seafood and steaks, and lots of Mexican, North American, European, and Asian food.

While not all the bars on the malecon survived the fight with our viral enemy, many are back in business. On el callejón, next to La Terraza restaurant, cervezas frías, varios vinos, ricos cócteles y conversaciones are also enjoyed with safe, outside seating.

For more than twenty years I have seen the La Paz culinary scene continue to diversify. I have met locals who have been taught by Italian pizza makers how to make a delicious, thin-crusted pizza. Today, many of the pizzas made in the city by locals — gracias a la influencia de los Italianos — are definitely Italian style. In the past, thicker, American-style pizzas, usually heavy on meat and cheese, were more common. Most of the lighter and healthier pizzas, especially alla Napolitana, taste as good as, or even better than, some of the many slices I have eaten in Italia. Paceños and newcomers from around the country are cranking out tons of sushi, too, Mexican style. Some of it is spicy, some of it crunchy, and some of it quite fresh and flavorful. Sushi is popular here and reasonably priced. The locals have succeeded in remaking many foreign dishes.

When you are ready to take a stroll along the bay, keep in mind that local residents have been coming together to enjoy the malecon for almost a hundred years and have seen many changes, including destruction, damage, and floods by killer hurricanes and unfriendly storms. The malecon has been rebuilt several times, but never before on a scale like this. Time, money, planning and re-planning, hard work, and a sincere attempt by the municipal government to include the opinions of La Paz residents on what the malecon should include culminated in a concerted effort to make it better than ever, and the verdict is in. The malecon looks beautiful, and the large federal, state, and municipal project has been a success. Most residents are delighted with the results. Here are some of the reasons to check it out.

The new, attractive, and well-lighted malecon is much more pedestrian-friendly. Its sidewalks were widened and its surface was greatly improved. The old surface was built with ceramic tiles that cracked or broke, and was uneven for strollers and skaters, and difficult for toddlers, older walkers, the visually impaired, people with disabilities or others who drank too much. The new surface is smooth, which is wonderful for skaters since there is no more of the grating clickety-clack noise when skating around. Even “podotactile” markings were installed and can be felt with the feet to guide the visually impaired as they walk. Many more access ramps for wheelchairs are visible as well. On the commercial side of the street, a wider sidewalk means more tables and chairs can be set up outside without being crowded by passers-by. This makes hanging out in fresh air with friends or family easier, too.

A well-built, modern “Ciclovía,” or bike lane, also allows for a better and safer flow of pedestrians. Young people love the rebuilt skate park, too, with its concrete ramps and steel rails. This is an entertaining spot to watch the local skateboarders practice their latest tricks. Or you can sit on a bench and just watch interesting looking people go by.

La Paz is known for its mellow atmosphere. It is also a very safe city, even in the evenings. A well-run public restroom is nearby (10 pesos and worth it) especially if you really have to go (located behind the Casa de Artesano building, which offers interesting local art and crafts). A helpful tourist assistance office is also located next to the main entrance. A fun BMX bike park was built, too, in front of the Palmira Marina and the scenic malecon now goes all the way to La Concha hotel and is about 3.5 miles long (5.6km).

The main kiosk, with its pretty palm trees and good seating, is also a good place to catch the action, and it looks great. Three solid piers along the malecon are popular with families and romantic couples, but these, as well as the children´s playgrounds, are still closed to the public. Nevertheless, the view of the lovely Bahía de La Paz, especially when the colors come out to play, compensates for the closures, and it is still free. Biased Paceños, including Governor Mendoza Davis, say the La Paz malecon is the most beautiful in all of Mexico, and they are probably right. Yes, I am sure of this, although I might be biased, too.