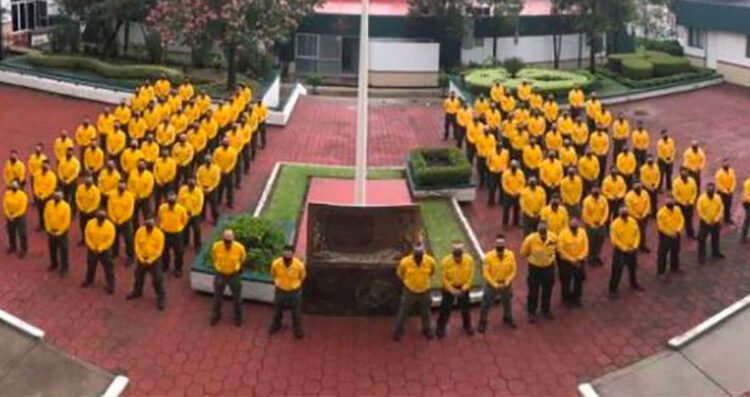 100 Mexican firefighters flew to Canada to help fight forest fires, once the Canadian Interagency Forest Fire Centre (CIFFC) set a Level 5 preparedness warning on July 12, the highest on the scale. The Mexican firefighters, who belong to the National Forest Commission, flew to Toronto as there were more than 100 forest fires burning in northwestern Ontario. The Mexican contingent is formed of five brigades, including three women amid five brigade chiefs, 20 squad chiefs, over 60 ranking firefighters and a Covid-19 coordinator, among others, from 22 states. Here’s a pic of the group, taken before their flight.