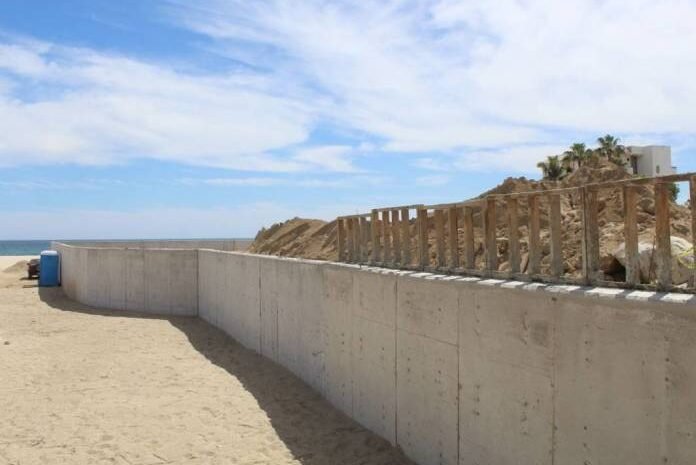 After three months since the construction of a retaining wall began on the Costa Azul arroyo and then denounced as illegal by concerned citizens and ecological organizations, the authorities have come to a decision to bring it down. To that effect, Carlos Godinez, the under-secretary of the Los Cabos Civil Protection agency presented the builders with an ultimatum to have it demolished by May 10 or face a hefty fine. If they don’t comply, then the city government will. But that’s another lengthy legal process. Construction on arroyos is forbidden by the federal zone laws as nobody can build closer than 20 meters from bodies of water, whether they are ocean, rivers, arroyos, lagoons or estuaries. Stay tuned.