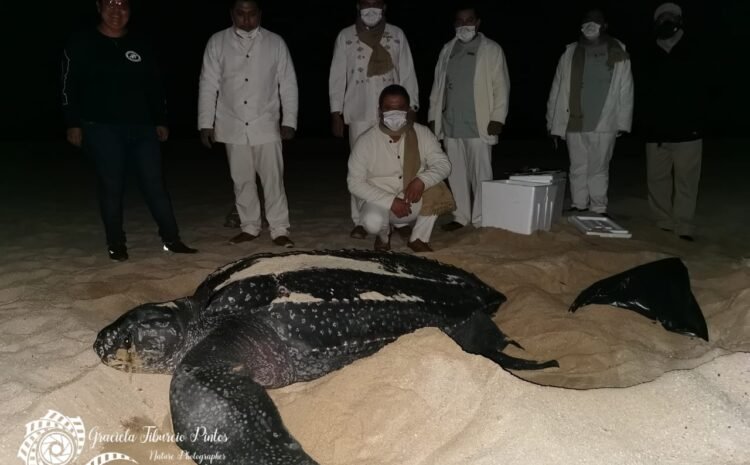 Although in Los Cabos several leatherbacks returned after a few years of not seeing one, and that over 100 baby leatherbacks were born here and released, they are still in trouble. Big time. Scientist along the West Coast, including those from the U.S. National Oceanic and Atmospheric Administration (NOAA) say that there has been an 80 percent decrease off the coast of California in the past 30 years. Another recent study reported a 5.6 percent decrease yearly. Leatherbacks are massive sea turtles dating back to the time of the dinosaurs. The animals can grow up to 1.5 meters in length and weigh as much as 680 kilograms, being the largest living reptile just after crocodiles. Only one sea turtle in 100 survives to predators and many of their deaths are due to being getting trapped in fishing nets.