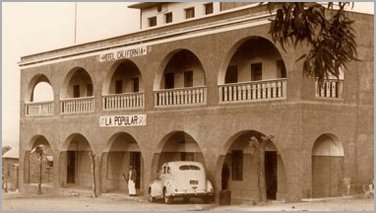 The iconic boutique hotel officially opened on February 5, 1950, built by its original owner, Mr. Wong, from Chinese origin. Wong lived in the hotel with his wife and seven daughters and ran the La Popular store downstairs. Funny note: it was the only place where you could find cold beer back then! The hotel was acquired and remodeled in 2001 by John and Debbie Stewart and has been acclaimed internationally for its décor and restaurant La Coronela. No, The Eagles didn’t stay there, and it was not the inspiration for their famous Hotel California song but the legend made the hotel an icon of Southern Baja.