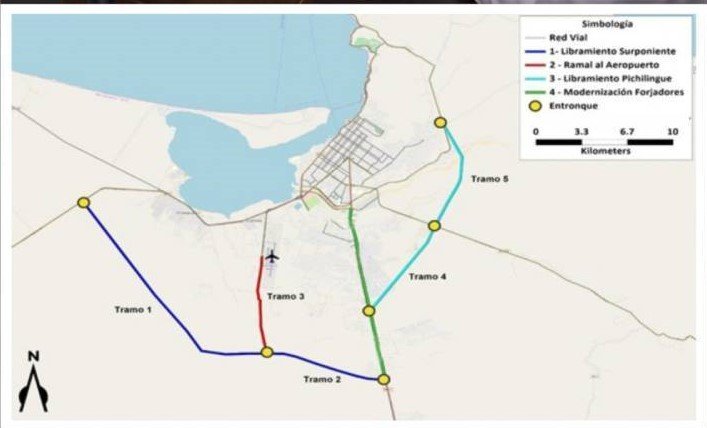 Governor Carlos Mendoza met with officials of the Federal Communications and Transport secretariat to update information on the new road that is planned to unite the road from Ciudad Constitution to the road to Cabo San Lucas, avoiding the heavy traffic of crossing through La Paz. The technical plan is almost finished and will shortly be presented to the Hacienda (Tax Revenue agency) which is the one that would approve the funding. The road would have an expansion from the Pichilingue ferry boats terminal to the road to Ciudad Constitution, allowing the dozens of semi-trucks that arrive from the mainland to save time on their deliveries. The routes marked as Tramo 1, Tramo 2, Tramo 4 and Tramo 5 in the photo would be the new roads.