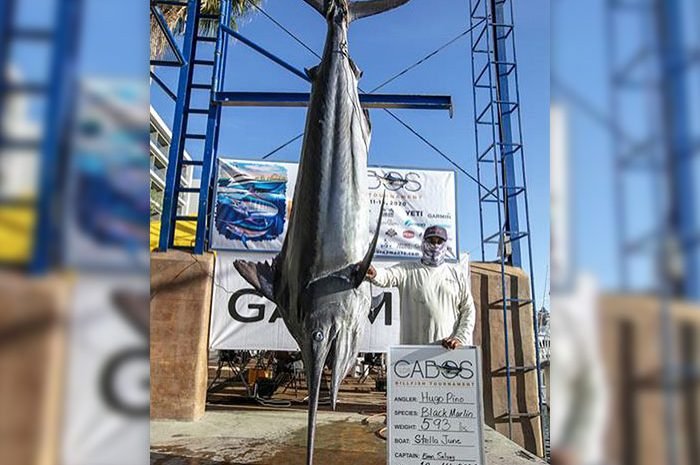 It’s a wrap! Team Stella June closed out the Los Cabos Billfish Tournament with the biggest fish on day three taking 1st place with a 593 lb Black Marlin caught by angler Hugo Pino. The vessel was captained by Evan Salvay. Congratulations also to Pisces’ Bill Collector crews and anglers for taking day one and day three Daily Jackpots with Wahoo and Tuna respectively! Shown above is the Black Marlin caught in the tournament. Official moneys and placing will be awarded tonight.

Plus, Bisbee’s Offshore Fishing Tournaments meeting is tonight with a Shotgun start tomorrow and two days of fishing. So far 87 teams registered with 506 anglers and quite a few Pisces crews and anglers amongst them.

Information and photo courtesy of: www.piscessportfishing.com