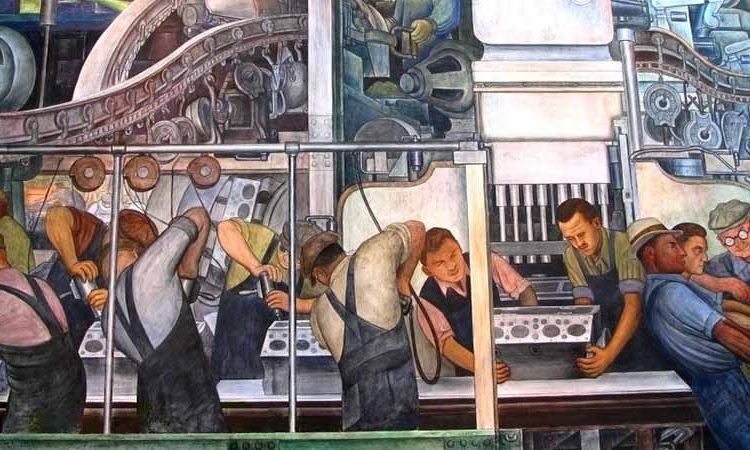 This panel of the mural called “Detroit Industry” at the Detroit Institute of Art was painted by Mexican muralist Diego Rivera.

Even though most of us are either working from home or unemployed, with many businesses closed, a Holiday is still a Holiday. Especially if it’s official. This Friday, May 1st, Mexico and most countries around the world celebrate Labor Day. It celebrates workers and the labor movement’s fight for workers’ rights and conditions. A key moment in the movement for better workers’ rights was the Cananea Mine Strike of June 1906, an event also called the Cananea Riot, which took place in the northern Mexican state of Sonora. Labor Day is a federal public holiday in Mexico. Banks, schools, government offices, and many businesses are closed. Employees, if working, must be paid 3 times their regular salary. More than 80 countries celebrate International Workers’ Day on this day, chosen by the Second Internationale of socialist and communist parties to also commemorate the Haymarket affair, which occurred in Chicago on May 4, 1886. The U.S. doesn’t celebrate it as it is perceived as a Communist holiday.

Instead, the U.S. celebrates it on the first Monday in September, as a celebration of the labor movement and dedication to the social and economic achievements of American workers. It constitutes a yearly national tribute to the contributions workers have made to the strength, prosperity, and well-being of their country.