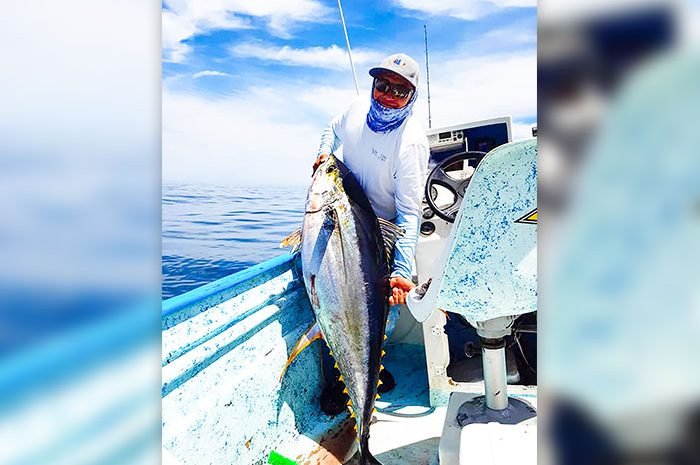 BY GARY GRAHAM, THAT BAJA GUY

It’s mid-April in the Los Cabos region and the weather is relatively typical, the same as it usually is each year with highs in the low 80s and the lows in the mid-60s. Beyond that, like almost everywhere in the world, everything seems upside down. There are no International flights at the San Jose Airport. Only a few airlines are being allowed to fly in or out of Baja.

There are “Sheltering at Home” directives in place by authorities, who insist that they remain in place until at least May 30, maybe longer. This, of course, also includes the closures of hotels, theaters, restaurants, tours, and other public gatherings. Sportfishing and charters have been put on hold, and the only fishing is for families to put food on the table. Simply put, from my perspective, it looks as though sport fishing has been put on hold throughout Baja! I probably should rename the column during this period, “Baja Sur Wishing,” instead of “Baja Sur Fishing” until this coronavirus has subsided.

Puerto Los Cabos Marina fleet remains, for the most part, “Marina Bound,” even though a few of the privately-owned boats have been out and located some wahoo and yellowfin tuna, along with some bottom action for cabrilla, amberjack, and red snapper, as well as a few dorado. The yellowfin have also been found farther offshore, ranging up to 100 pounds in size, while the wahoo weighed up to 50 pounds.

Air – It has been spring weather, with clear skies, and cool mornings. The highs have been in the 70s to the low 80s with light afternoon breezes.

A sign of the times: In front of the Van Wormer’s Resorts, which has the largest fleet in the area, not one of their boats was in the water – the fact that even the oldest of old-timers can never remember being the case in April, one of the most popular months of the year at East Cape.

The fish would tail up and see the live fin bait and turn away. A few of them came charging from a long way away, then put on the brakes when they saw what was offered wasn’t what they wanted. Mark had a feeling that the squid he found on the beach earlier that morning might have been what would have turned them on.

Not many, if anyone at all, was fishing except the gringos who live in the area or the locals. And even then, very few were out, and there were no fish taken – the waters were mostly empty.

However, the few reports we received this week showed there were still slugger yellowtail around, especially in the rocky areas around Espirito Santo Island and Cerralvo Island on the northeast side. There were also rumors of more schools of dorado up to 15 pounds around as well, becoming more prevalent as the waters warm up. Also, there was a nice spawn of big mullet snapper (pargo liso) that showed up – 15 to 20 pounders close in. It might take some doing to get one of those horses to the boat in that shallow water.

All of the hotels are still closed until at least May 30. The police and military are enforcing the closure of the Malecón and all of the beaches, although many of the people are still ignoring the shelter-in-place laws.  Authorities are now posting signs, but the local population has also started unilaterally blocking entrances into their areas for tourists, visitors, and even some of their own residents if they have been out of the area.

To prevent the spread of the virus, Mulege, Loreto, San Xavier, Todos Santos, Los Barriles, and other towns have blocked their roads in and out. Around La Paz, the road to Las Arenas/Muertos Bay, with entrances to the pueblitos where many of the fishermen and their families live, including, Aguamarga, San Pedro, Bahia Muertos, Punta Arenas, and Los Alamos have blocked their roads.  They’re asking everyone to please stay away, and if you leave, they might not let you back in.

We wish things were better, but no one has been out on the water.  Even the locals are having an issue with fishing for personal consumption. The ports have been closed for several weeks now to all traffic, but there’s quite a bit of confusion over whether local fishermen can even fish for their families. Some think that it’s no problem and they go out, but others have been stopped and told they can only be out if they have permits, and the paper process is lengthy and confusing.

From the few reports received from local anglers, there have been some nice schools of 25-pound class yellowtail around both Espirito Santo Island and Cerralvo Island. Tuna up to 70-pounds were also seen at the north end of Cerralvo with scattered schools of dorado moving in as the water warms up. There are tons of bait, but no fishermen.