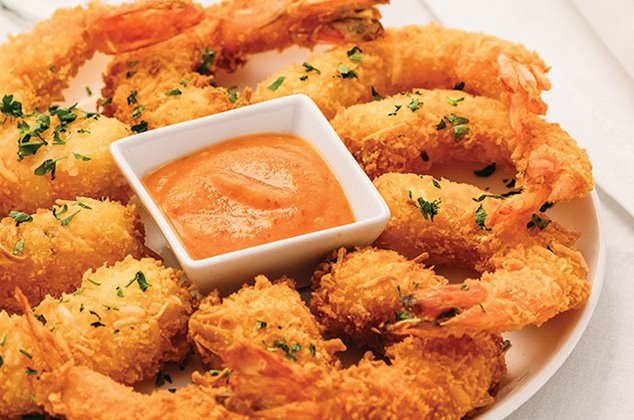 Knowing we are all quarantined, a little virtual travel wouldn’t be bad at all, right? Campeche is a state often overlooked by tourists and is one of the richest in the country in food, culture, and landscapes.

Campeche is one of the three entities that make up the Yucatan peninsula. The name comes from the words “Can” (Snake) and “Pech” (tick) meaning “the place where the boa snake was worshiped”. (The boa is a reptile that accepts the tick as a parasite to cohabitate). In and around the Mayan monuments of the site, the Spanish found huge snakes. In the metaphorical sense, the meaning that people give this place translates from “place of snakes and ticks”, as reflected in the Mayan language, to “God and Priests” or “Place of God and Priests.”  Campeche state history formally begins in the first half of the sixteenth century. Before that, the territory, now known as Campeche and, in general, the whole Yucatan peninsula was a territorial fortress. Probably for more than a millennium, the people and the Mayan culture were all by themselves and were called by the Mayan, the Mayab. This term is still being used today.

They were the guardians of an advanced culture; they were farming communities, although most of their subsistence was based on the exploitation of marine resources.

Along the coast of Campeche waters, there are more than 25 species of edible fish, shellfish and many others, including 6 varieties of shrimp that are recognized throughout Mexico as the best in the country. The extraction and sale of salt was also an important activity of these groups.  Shortly after the Spanish colonization, English pirates came seeking logwood, a type of wood that is very coveted not only for its beauty but also because it was excellent for staining fabrics a bright red color.

Pirates first occupied the island of Tris-late “Isla del Carmen” on October 26, 1558. Campeche, which was by nature the warmest and quietest area in the Yucatán península, was turned into the most dangerous place because of the pirates.

The best known were mostly of British origin, such as William Parker, Henry Morgan, James Jackson and other Cuban-born, Dutch, French and Spanish. Some of the characters in the Pirates of the Caribbean were modeled after them and their known legends! How crazy is that?  The state of Campeche has a well-defined gastronomic personality.

The varied diet of the Mayan was further enriched with the arrival of the Spanish, but the innovations did not end there. Later, the pirates brought new components and methods of preparation to the local gastronomy.  Recipes developed in the late nineteenth and early twentieth century, and it reveals a rich cuisine.

However, some of the ingredients used in those days (such as turtles and alligators) are not allowed anymore because the species involved are in danger of extinction, so these traditional dishes are not being cooked anymore. And thank goodness. We don’t want any new viruses! Ok, too soon. However, these recipes are a testimony to the culinary diversity of the region.  In Campeche, the tradition is for men to go to the market. This tradition dates back to pirate times when women were so afraid of being raped and abused by them they hardly left their homes.

Another interesting tradition is that all families prepare a specific dish depending on the day of the week. For example, on Mondays, they serve stew, fresh fish on Fridays and “chocolomo” (meat and kidney stew) on Saturday nights.  The people in Campeche are very hospitable. In their homes, the food is first. The hosts welcome their visitors with abundant and delicious dishes. The attention is very careful. Everything is offered from the bottom of their hearts and they like to show their guests the traditions and beauty of their state.

The city of Campeche is famous for its fine dining and high-quality ingredients. In addition to preparing traditional dishes of the peninsula, residents have a variety of seafood like cold crab legs served with different toppings and dips.

Out of all these wonderful recipes, Coconut Shrimp with apple compote and mango sauce is one that has gained popularity worldwide. And right now it’s mango season in Cabo, so it is a very good time to use them for cooking!

Preparation:  In a skillet with a few drops of oil, combine and stir the chili powder, salt, curry powder and mustard  until you have a paste (around 3 minutes).  Remove from heat and let cool for awhile.  Add the mango and blend until you have a marmalade consistency. Cover and keep it in the fridge for around 8 days so it will develop the right taste.  You may want to add a little distilled vinegar. It is good to preserve freshness and color without changing the taste if you add just the right amount. Half a teaspoon will do.

Ingredients: ½ cup of flour  2 eggs  Milk (as much as needed to make a mixture similar to a pancake batter)

For the breading:  1 ½ cups of crushed cornflakes  2 cup of shredded dried coconut (you can find it in any supermarket; your choice to use sweetened or unsweetened) Enough vegetable oil for frying

Apple Compote:  3 tart apples peeled and diced  1 cinnamon stick 24 jumbo size shrimp, peeled, leaving the tails  Juice of 1 lemon  Salt to taste   Preparation  Batter: Mix the flour with the egg and a pinch of salt. Add enough milk to make sure the consistency is thick enough to cover the shrimp, but not too thick.  Apple Compote: Cook the apple with sugar, cinnamon, and a little  water until the apple is tender and the liquid thickens.

Open the back of the shrimp in half to clean them and leave the tail, then soak them for a few seconds in water with lime. Drain, dry them with a paper towel and coat with the batter. Coat the shrimp in coconut mixed with corn flakes and fry in enough hot oil. Separate constantly so it does not overcook or stick to the pan. Drain on absorbent paper and serve with applesauce and mango salsa, and a nice, cold beer. ,