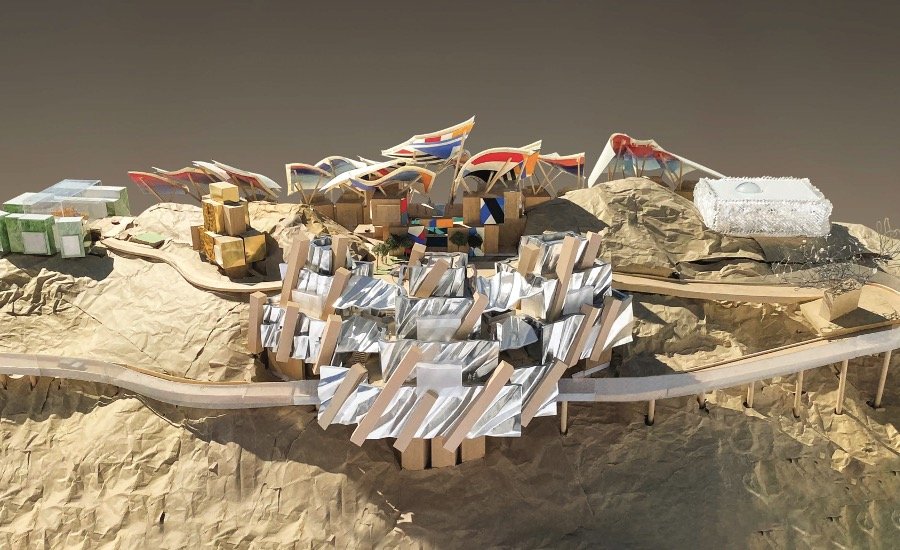 Frank Owen Gehry, 92, is a Canadian-born American architect and designer, residing in Los Angeles. A number of his buildings, including his private Gehry residence in Santa Monica, CA., have become world-renowned attractions and you probably have seen some of them: the Guggenheim Museum at Bilbao, Spain, the Walt Disney Concert Hall in downtown Los Angeles, the “Dancing House” in Prague, Czech Republic and several more. Even his own Gehry Residence is regarded as exceptional. He has been awarded over 20 times and has been inducted into Canada’s Walk of Fame. Here’s a rendering of the home he is building on the top of a hill in Cabo.