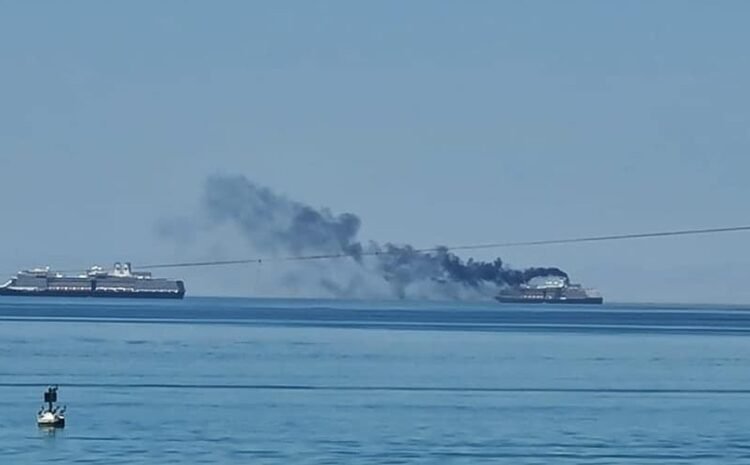 Concerned citizens and ecologist groups have denounced the pollution that several cruise ships anchored  in the La Paz bay are creating. There was a report by a local diver that there was a big, black pool of possible fuel near the cruise ships. Then another report was filed with photos of the cruise ships releasing  big clouds of smoke. Holland American Line has two ships in the bay, the Nieuw Amsterdam and the Noordam, while Princess cruises has four of them, the Emerald Princess, Ruby Princess, Grand Princess and Royal Princess. API, the company that manages La Paz marinas responded that “the ships are not polluting our bay, they have excellent protocols to prevent that.” A picture is worth more than a thousand words, they say.